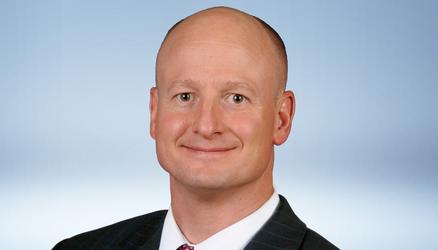 Chaplain Wade A. Jensen is assigned as the Wing Chaplain to the 153d Airlift Wing (AMC), Cheyenne ANG Base, WY.  His responsibilities include the administering of religious rites; augmenting the Chapel’s Contemporary Worship Experience; and providing unit visitation and counseling to the 153d Airlift Wing along with the other Joint Service Components and their dependents which are present in Wyoming.

Prior to entering the Air Force, Jensen served in the U.S. Army as a French Cryptologic Linguist from 1987-1991. He was mobilized in Desert Shield/Desert Storm during this time.  He served at churches in Wyoming and South Dakota from 1995 to 2001.

He was the Chaplain and Patient Care Coordinator for the Colorado Neurological Institute (CNI) from 2006 to 2011.  Chaplain Jensen deployed to Joint Base Balad, Iraq, where he served as the hospital chaplain from July 2010 to January 2011. Upon his return, he continued to serve CNI as a Chaplain and then as a Development Officer from June 2011 to August 2012.

Wade is passionate to help men and women escape the cycle of grief and move into a fulfilled and purposeful life.  He is a patriot and deeply desires for America to awaken and resume her role as the pursuer of dreams and champion of liberty around the globe.  He is married to Heather and together they have three children—Emily, Tiffany, and Noah.  They reside in Cheyenne, Wyoming.

Getting Relief From Grief

Grief is usually a multi-emotional response to losing someone where a bond, or close relationship existed.

Grief is just not an emotional expression, but it also has behavioral, social, philosophical and religious consequences.

Vipp gets some very sound advice on how best to handle grief with Chaplain Wade Jensen of the Air National Guard.